After not being selected in the 2014 NFL Draft, Ohio State wide receiver Philly Brown is headed to a great situation to potentially be a weapon for Cam Newton and the Carolina Panthers.

Though many would probably have considered Corey Brown, aka "Philly", the Buckeyes' most reliable offensive weapon outside of all-Big Ten quarterback Braxton Miller and running back Carlos Hyde, the at times mercurial wide receiver found himself not chosen during the three days of the 2014 NFL Draft. 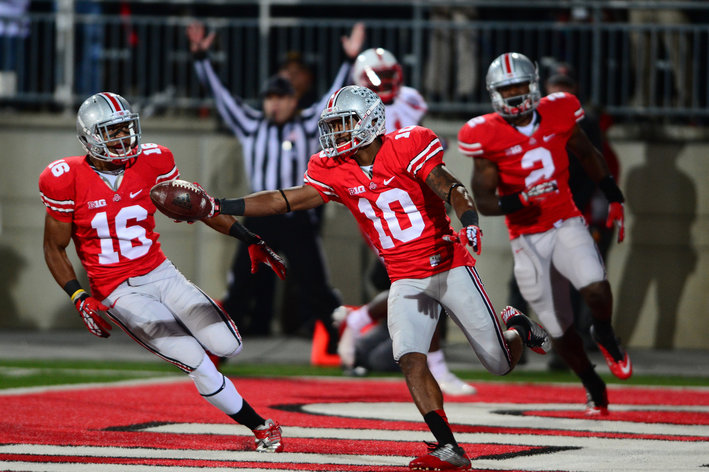 "Philly Brown isn't the fastest guy in the draft, nor is he the most athletic, but he certainly has been reliable for Ohio State. For three straight seasons, Brown led the Buckeye receivers in receptions. Over his four seasons with the Bucks, Brown started 35 games and stockpiled 1750 yards on 145 receptions." - LGHL's Adam Buckler

After surveying his options and finding a destination which gives him a strong chance to have a sustained NFL career, Philly will kick things off professionally at the Carolina Panthers' forthcoming rookie mini-camp. Brown may have his best shot to contribute early on special teams where he starred for the Buckeyes throughout his college career.

Besides his propensity to speak sans filter (which was great if you were media covering him, but not ideal for coaches and teammates at times), the arguably biggest knock on Brown is his size. Others felt Brown didn't get off the line of scrimmage quick enough to be an impact player at the next level, though it certainly didn't stop him from starting at the Pivot position, previously manned by now Seattle Seahawk Percy Harvin while he was in a similar offense at Florida.