What was one of the biggest question marks going into last season may now be one of the Buckeyes' biggest strengths. The 2014 defensive line, headed by new position coach Larry Johnson Sr., is shaping up to be one of the best – if not the best – units in the country. LGHL takes a stab at breaking down who likely makes up this impressive defensive unit.

Going into the 2013 season, many believed that the defensive line was too young and/or lacked experience. Sure, having to replace a once in a lifetime player and leader like John Simon would make any team a little concerned. Okay, maybe more than just concerned – but, it didn't take long for the line to silence the doubters. By the end of the season, the line produced 27 more tackles for loss with 91 total, and 12 more sacks with 42 total. Seeing those types of stats makes fans very happy, but finding out that this defensive unit returns every single starter from that group makes it hard not to be ecstatic about the prospects for the year to come.

This year's line will come into the season with both leadership and experience. More importantly though, this year's line will also have depth. Coach Johnson stated numerous times during spring practice that he plans on having at least an 8-man rotation on the d-line. That means we can expect eight different guys will be rotating through for spots. With that kind of depth, the guys on the line should almost always be fresh, and will surely reek havoc for opposing offenses. 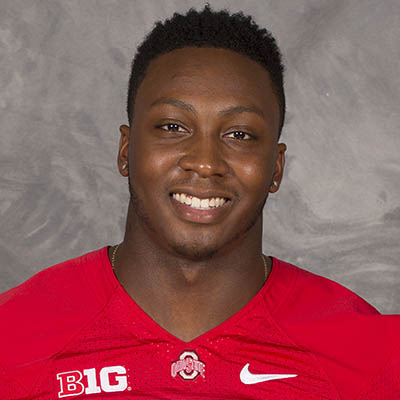 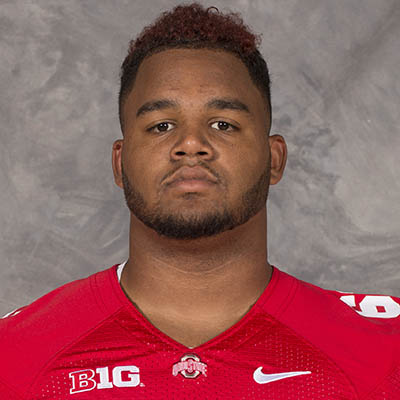 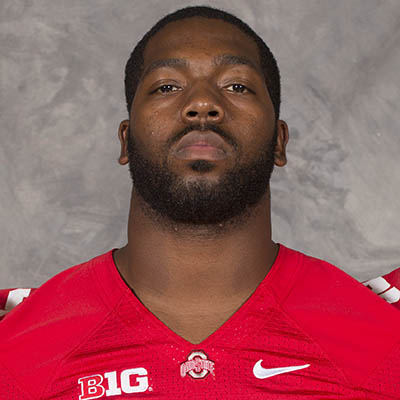 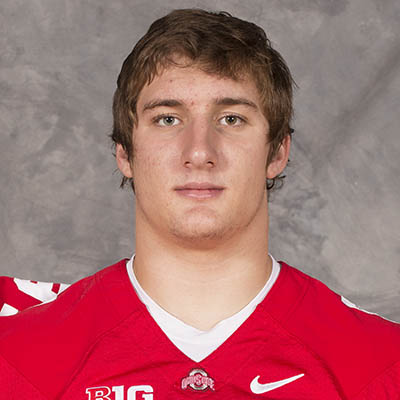 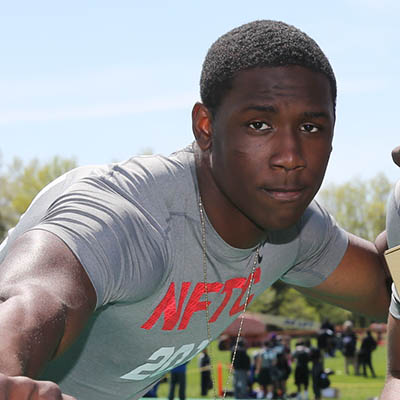 Let's start off by looking at the returning starters: Returning at the so-called 'Viper' position is junior Noah Spence. Spence led the defensive line last season with 8 total sacks and 14.5 tackles for a loss. The standout defensive end was suspended for last season's Orange Bowl game, and will also miss the first two games this season after failing a drug test prior to the Orange Bowl. Luckily for the Buckeyes, there is plenty of depth to choose from. Backing up Spence will likely be Steve Miller and Jamal Marcus. Marcus, a junior, filled in admirably for Spence in the Orange Bowl last season, but had some academic issues this spring that caused him to miss a couple weeks of practice. When he did practice, he shared second team reps with Steve Miller. Coming into his senior season, Miller will look to make his final mark on his Buckeye legacy. Miller's improvement has been noted each and every season, and after this spring he looks even better than before. He will surely be in the eight man rotation that Coach Johnson wants to utilize next season, and will look to build off of his three sack performance last season.

At nose guard will be senior Michael Bennett. Bennett is the lone senior starter, and will be the one that the line and the entire defense look to for leadership. Last season, Bennett really came on to the scene as a reliable defensive lineman, as he was able to produce 7 sacks and 11.5 TFL. Behind Bennett will be Tommy Schutt. Schutt, a junior, missed much of last senior after injuring his foot, but will look to bounce back this season so as to be apart of the rotation. Schutt, who is now fully healthy, had a very good spring. Behind Schutt and still looking to crack the rotation is Chris Carter. The redshirt junior out of Cleveland will have to show more improvement and consistency before Coach Johnson will trust him in the rotation.

Next, junior Aldophus Washington will move to the inside primarily and be the starter at defensive tackle. Having the size to do so, Washington was shifted around the defensive line to provide depth and to cause miss matches. The Cincinnati Taft product has the size to be in the interior line but the speed to be on the outside. Backing up Washington will be Donovan Munger. The redshirt freshman came into spring ball as a third stinger, but by the end of spring he was sharing snaps with the twos. Munger will likely share snaps with sophomore Michael Hill this fall. It will definitely be interesting to see who wins this second spot as they will likely be apart of the rotation.

After a earning the starting job midway through last season, sophomore Joey Bosa will start as the strong-side defensive end this season. This spring, Coach Johnson moved Bosa around to help him become more comfortable at both end positions, making him a more dynamic lineman. Bosa had a terrific spring, and will look to build off of his stellar freshman campaign. Backing up Bosa is guy who really took advantage of spring ball, Tyquan Lewis. The redshirt freshman had an exceptional spring, and shined in the OSU spring game. Lewis has likely punched his ticket as a member of the eight man rotation, and will look to make a splash next season.

Some guys that haven't necessarily solidified playing time just yet, but are on the verge are guys like Tracy Sprinkle and Rashad Frazier. Sprinkle, a redshirt freshman, moved around this spring as he was used at both defensive tackle and defensive end. Sprinkle will see the field next season, but will need a productive fall camp to crack the regular rotation. Similarly, Frazier is entering his senior season, and he knows this is his last shot. Frazier had a very nice spring, and got a lot of snaps. Where Frazier did shine though was the spring game, where he reeked havoc for the offensive line. Frazier's most notable play came on the grey team's first offensive snap as Frazier stripped quarterback J.T. Barrett of the ball and recovered it in the end zone for a touchdown.

A freshman to watch for next season is Jalyn Holmes. Even though there is plenty of depth on the defensive line, Holmes has the long athletic physique that could allow him to translate well into to the college game. The 6'5 defensive end was a four-star recruit out of Norfolk, Virginia, and starred in the U.S. Army All-American Bowl where he returned a fumble all the way for a touchdown. Holmes will have to put in a lot of work if he wants to see the field next season. Another guy to watch after Holmes is Darius Slade. Slade also stands in at 6'5, and has the body for the college game. Slade is a little raw though, so expect him to redshirt this season.

What is certain is that the Buckeyes are loaded on the defensive line. The fact that Coach Johnson wants to implement a deep rotation shows that there isn't a huge talent gap between the first string and the backups. It will be exciting to see what the defensive line will do this season with so many guys getting playing time. Tune in next time as we break down one of the biggest concerns for the 2014 Buckeyes, the linebackers.