The former Ohio State offensive lineman was selected by the Colts with the 59th pick in the second round.

After helping lead the veteran offensive line at Ohio State for four years, Jack Mewhort, the 6'6, 309-pound offensive tackle was selected by Colts with the 59th pick in the 2014 NFL Draft. Mewhort was ranked as the eighth-best offensive tackle in the draft and 71st overall player in SB Nation's Top 200 prospects. 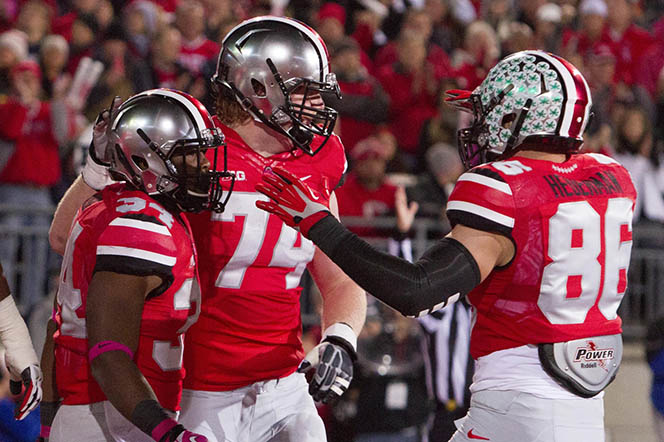 "Any team that drafts Mewhort is getting quite the offensive lineman. Starting on the line for three years at Ohio State is quite the accomplishment in itself, but then to see that Mewhort was able to excel at multiple positions is even more impressive. It wouldn't be surprising at all to see Mewhort become a very solid NFL lineman down the road for the team that calls his name." - LGHL's Brett Ludwiczak

The now-graduated tackle was the foundation of an offensive line that ranked fifth nationally in rushing in 2013 (308.6 yards per game) and that shattered school records for points scored (637), touchdowns (87) and touchdown passes (38), plus scored the third-most rushing touchdowns in school history (45).

Here's the scouting report on Mewhort as an offensive tackle in the NFL:

Once Mewhort gets into his stance, he shows good power to control blockers. He can handle the bull rush and is smart enough to pick up inside rush moves. The speed moves, though, still give him issues.