All the big Ohio State World Cup news in one easy to read format.

If you're looking for your regularly scheduled "Why is This News?" I have, well, bad news. WITN? has been co-opted by the greatest non-college football sporting event in the world. Absence makes the heart grow fonder, and only getting one global battle royal every four years makes the biggest soccer tournament in the world that much more appetizing.

Here's where we stand: 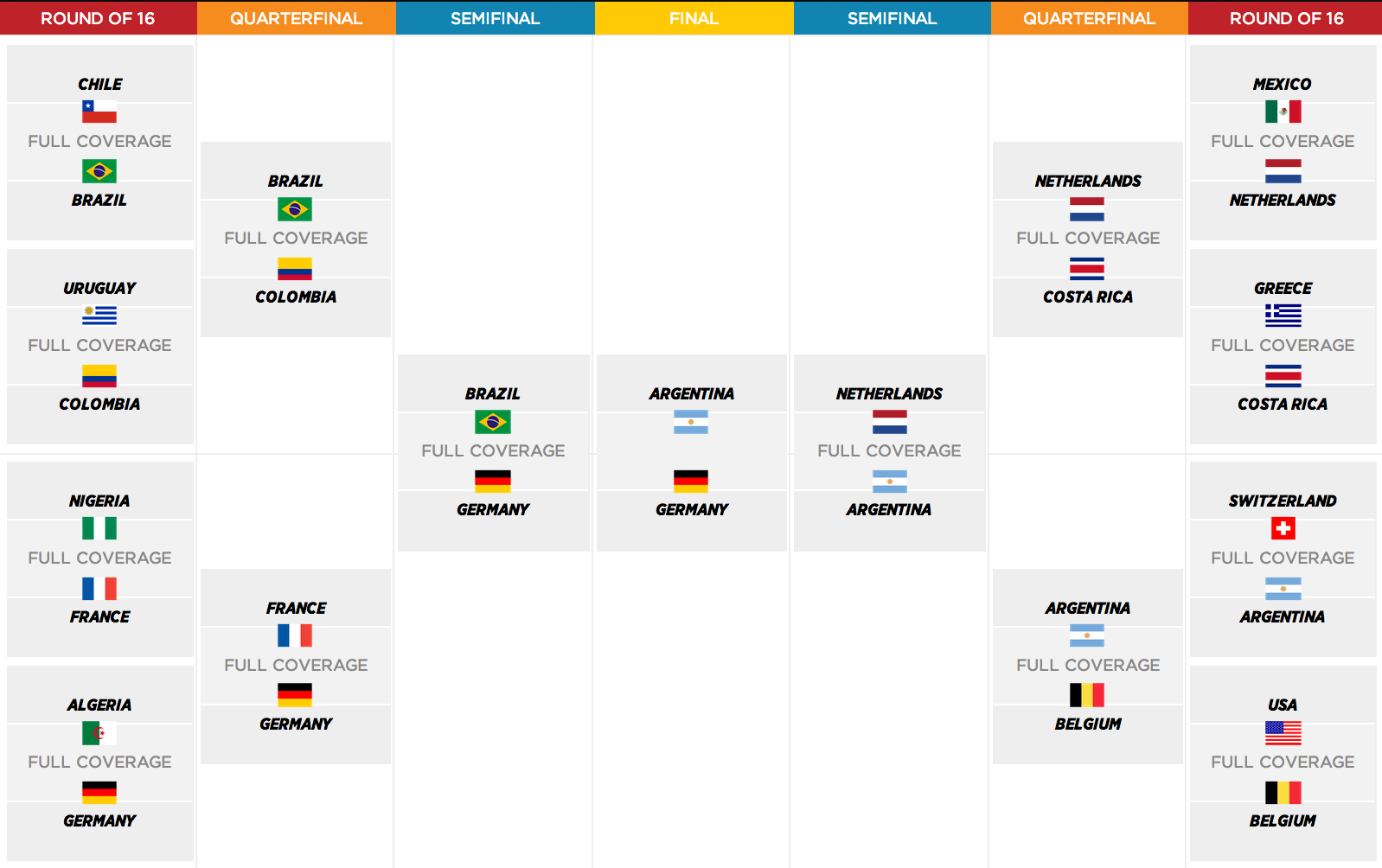 What about some basics of how to watch the thing and what to look for? Glad you asked:

"In the United States, you have a few options for watching the game online. If you want to watch in English, ESPN will will have the game on their Watch ESPN service, if you have access through your television or internet provider."

From Brazil's 3-1 win through the final, WatchESPN is a godsend (for cable subscribers). Speaking of Brazil, the home side are the heavy betting favorites to emerge victorious from this year's tournament. The knock on Brazil used to be their inattention to defense, but they've sured that up in building one of the best sides in the world. And they haven't lost at home in ages. But what if you're not super into soccer already?

"Soccer -- more commonly known as football (but we'll stick with 'soccer' here to avoid confusion) -- is the most popular team sport on the planet. Originating in England in the 1800s before spreading rapidly around the globe, soccer is played with two teams of eleven players each, the objective generally being to score more goals than the other team in 90 minutes, split into two 45-minute 'halves'."

Don't feel down if you'd long subscribed to a "soccer sucks" type ideology. It's never too late to get on the bandwagon and get precisely why it's the world's game.

Now that we've reached the knockout stage (where it's win or go home), there's plenty to look forward to yet. SB Nation's complete guide to the World Cup is like soccer CliffNotes on steroids, and hell, if you're still not sure who to root for, I've got an adorable corgi that can get you squared away.

So who are some of the players to know in this year's World Cup?

From Gökhan İnler to Paulinho, SB Nation's soccer blogs have some of the sneaky good and elite players alike to be mindful of as you watch all the way through the World Cup finals.

If this is all old hat to you, let's get down to brass tacks:

And what's the slate look like for the rest of this weekend's action? Here's a complete list along with all of the respective announcers (Semifinals, third place, and finals announcer pairings to come):