For the second straight year, the Buckeye rowing team took home the biggest piece of hardware in the country.

Bill Russell's Celtics. The Showtime Lakers. The Yankees, for the entire 20th century. Jordan's Bulls. The Ohio State University Women's Rowing team. This is what we think of when the word "dynasty" is put in play.

The staff here at LGHL realize that the more technical details of racing might be lost on the average reader. To circumvent this, we've enlisted the help of noted rowing enthusiast Chris Farley to help you understand the emotions present at each point in this weekend's competition.

The Buckeyes, up early for the previous day's trip to Indianapolis, hit the water for their first heats.

The 1V8 and 2V8 (First and Second Varsity Eights, respectively) cruised to victory in the first set of races, cementing a place in Saturday's semifinals right off the bat.

But wait! the 1V4 (First Varsity Four) lost a skeg thanks to some debris on the course. The team's championship bid took its first blow.

Don't panic yet, Chris. The 1V4 boat got a second chance, thanks to the repechage, which is either an old, old wooden ship or the French term for "second chance."

The 1V4 qualified through the repechage, and the Buckeyes got ready to head to the semifinals.

The 1V8 took it to the opposition on Saturday morning, beating out crews from California and the University of Washington as they cruised to a spot in the Grand Finals race on Sunday. The 2V8 boat did much of the same, edging out the teams from Princeton and Brown (pfff, nerds) to earn their place in the Grand Finals. Yes, Chris. Just like that. Ask David--we'll wait.

The 1V4 did us proud too, taking 4th place in the A/B semifinal race to claim a spot in the Petite Final.

The 1V4 led off the action on Sunday with their turn in the Petite Final. In a move that should make every OSU fan weep with joy, the Buckeyes edged out B1G foes Michigan (duh), Indiana (#Crean), and Wisconsin. They also took down Ivy League nerds Princeton and too-good-for-a-conference Notre Dame. Really a lot of upside in this first race. The win moved OSU's 1V4 into 7th place overall, notching a helpful 16 points towards the team total. Chris, wanna reenact that Michigan performance for us? 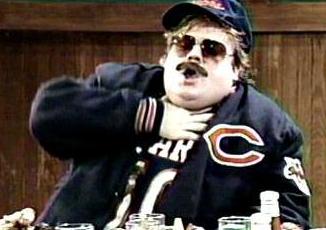 Back to the action: The 2V8 boat handled their business next, becoming the third team ever to claim consecutive titles in the 2nd Varsity Eight category. The win, good for another 44 points towards the Buckeyes' team score, shot Ohio State into first place overall. Only one race remained: The biggest of all, the First Varsity Eight's Grand Final race. 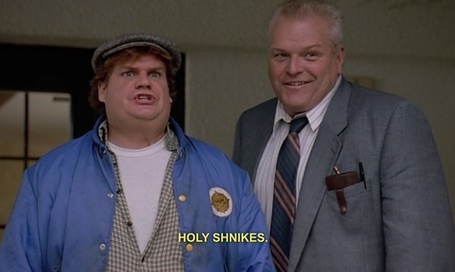 Yeah. It's that big of a deal. Any other thoughts, Chris?

Alright, Chris, we get it. Lot of tension leading up to the Grand Final race with a repeat championship bid on the line.

The race was a close one from start to finish. The three teams still in it at the end were Ohio State, Brown, and California.

But like death, taxes, and the quality of writing at LGHL, the outcome was certain. It always had been, really. In the end, it was The Best Damn Rowers in the Land crossing the finish line a boat's-length ahead of the upstart squads from opposite coasts. Ohio State finished with a winning time of 6:44.48, and the celebrations could begin.

Hey, Chris. Remind me again what number the Buckeyes are?

Thanks, Chris. To quote you and your friends, if I may, as we project the future of this rowing dynasty: "I don't think we're talking about a repeat, a three-peat, or even a four-peat. That's right, I think we're talkin' a minimum eight-peat." Trust me...I know from experience.