In case you missed it yesterday, we learned about three new additions to Ohio State's non-conference basketball schedule, thanks to the "Buckeye Classic", in Campbell, Colgate, and James Madison. That brings us to nine known opponents for the Buckeye's schedule. With Dispatch hoops beat writer Bob Baptist thinking they will play 13, that doesn't leave much room for any additions.

Based on what I've heard, historical trends, and some educated guesses, I think Ohio State fans wanting one more heavyweight, or even a middleweight, among those last four games are probably going to be disappointed. Ohio State typically doesn't play more than one true road game out of conference, and they already have one scheduled with Louisville. I would imagine the other four unannounced games will all be in Columbus, although there is a chance one could be played at Nationwide Arena, instead of on campus.

Ohio State has played an HBCU every year since 2005-2006, and since there isn't one on the schedule now, I wouldn't be surprised if the Buckeyes add somebody like Jackson State or Coppin State to their schedule. I'd guess a MAC school, also a near annual addition, will also make its way to the schedule, although not necessarily one from Ohio. As for the other two schools, just spitballing here, but I'd guess at least one will be a well regarded low major type, but neither would be a major conference school. Think someone like a Wyoming as your best case scenario.

Many fans who heard about the field in the Buckeye Classic last night were a little less than impressed. Whether you're a Buckeye fan fretting about schedule strength, or a fan of somebody else looking to take a potshot at Ohio State, making fun of the Buckeye Classic, or these sorts of games in general, is missing the point.

First, let's not forget that Ohio State has some big games already scheduled early in the season. The Buckeyes will host Marquette on Nov. 18, which as currently scheduled would be their second game of the season. They go on the road to play Louisville on Dec. 2, and then will go to Chicago to play a North Carolina team that is expected to be a contender. Even if Marquette continues to take a little step back after having to make an unexpected coaching change, nobody is going to turn their nose up at those three games. Plenty of major conference teams schedule worse than that.

Second, let's also not forget that unlike in football, the Big Ten is an awesome basketball conference that will provide plenty of opportunities to both test Ohio State and give them added schedule strength for the selection committee. Even with what looks like a more manageable Big Ten schedule this year, Ohio State still has to travel to Michigan State, Michigan, Minnesota, Indiana, Iowa and Purdue, while hosting Wisconsin (who could be a preseason top five team), Maryland and Nebraska. None of those are going to be easy games. You don't need to schedule six major market schools when you need to save a little ammo for January and February.

It's also important to remember that we don't really know how a lot of these low major schools are going to do, at least, not all the way out in July. Last year, when Ohio State scheduled my American University Eagles, the Eagles were picked to finish near the bottom of the Patriot League, typically one of the worst leagues in Division I. Instead, American hung with the Buckeyes the entire game, went on a huge hot streak in Patriot League play to win the league, finished with a better RPI than Northwestern and Purdue, and made the NCAA Tournament, something that the teams thought to be the cream of the Ohio State's schedule (Maryland, Marquette and Notre Dame) failed to do. In fact, if you look at RPI, the best team Ohio State ended up playing last year before the Big Ten? North Dakota State.

So sure, I feel pretty good about predicting that Sacred Heart, UMass-Lowell or Campbell, are not going to be RPI Top 50 squads next season, but you don't necessarily have to be that good to be a perfectly fine out of conference game. Basketball isn't football, and not every game you schedule can be elite. Even Kansas, who last year played one of the best schedules in recent memory, still faced a 10-win Louisiana-Monroe team. If you pepper your schedule with a few low or mid-majors that are successful in their own conferences and don't have horrendous RPIs, your own rating can still look pretty good. 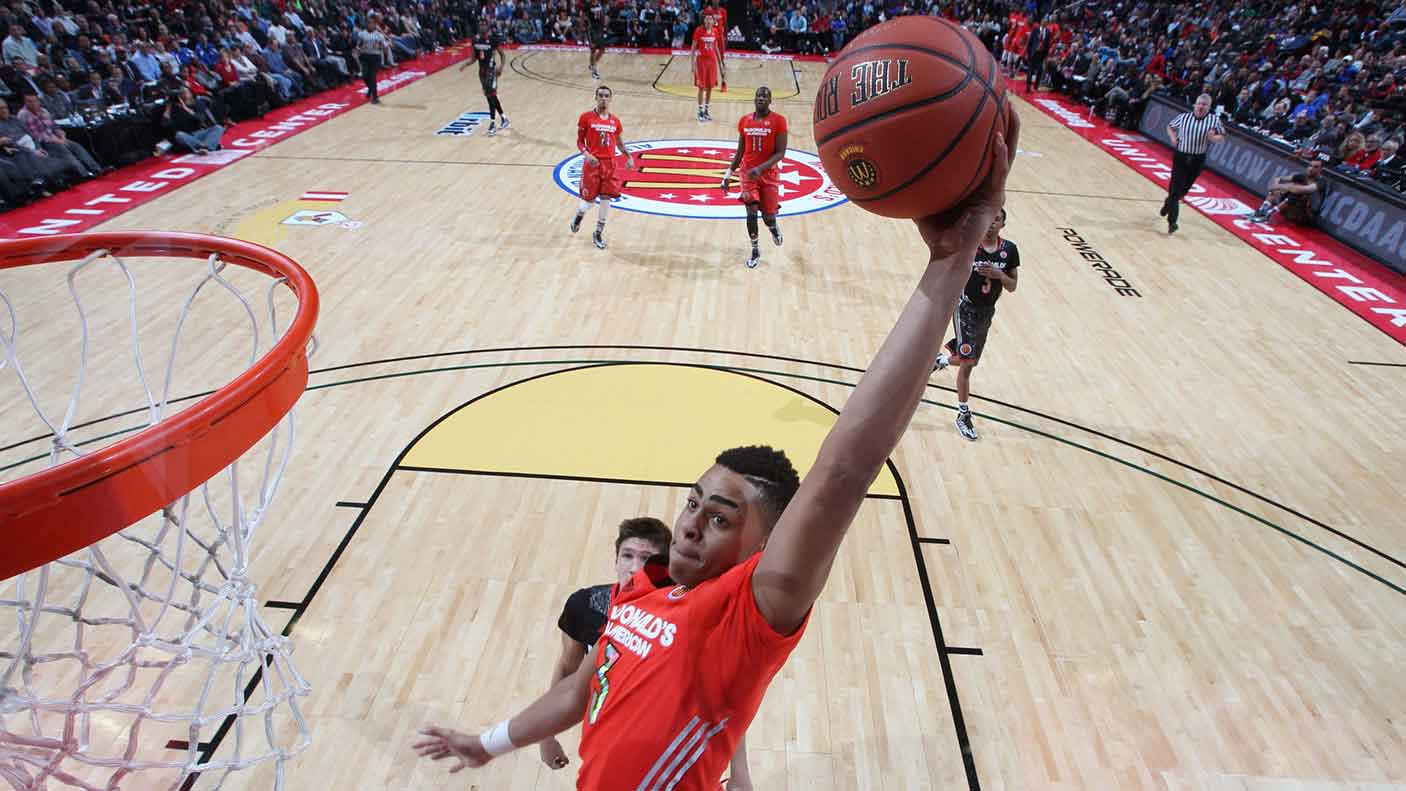 There is a practical reason for Ohio State in particular to not want to throw down a gauntlet in November and December: this is going to be a young team. That feels like a strange thing to say about a squad that could potentially start four seniors, in Shannon Scott, Sam Thompson, Amir Williams, and Anthony Lee (although this would be Lee's first year with the Buckeyes). In order for this team to succeed, they're going to need offensive production, probably significant at that, from a cadre of youngsters, from sophomore Marc Loving, to redshirt freshman Kam Williams, to true freshman D'Angelo Russell, to Jae'Sean Tate, and even Keita Bates-Diop (Dave Bell, the other freshman in that class, is expected to redshirt). If you're going to need to rely on so many young guns, do you want to risk negatively impacting their growth by throwing them into the fire against another power broker along with North Carolina and Louisville, especially that early in the season?

Scheduling a little softer isn't without risks. If Ohio State fails to beat Marquette, UNC or Louisville, and then struggles a little in the Big Ten, if several of these low major teams absolutely crater to sub-250 RPIs, there is a chance Ohio State could find themselves in a similar situation to last year's Utah squad (where poor computer rankings kept them out of the NCAAs). But given the strength of the Big Ten, and the expectations that Ohio State has coming into the year, that feels more than a little unlikely.

Perhaps the strongest complaint is that many of these matchups aren't particularly compelling for Buckeye season ticket holders. For November and December, that might have some merit, but remember, Wisconsin, Nebraska, Michigan, Indiana, Maryland and Iowa all come to Columbus. If you throw Marquette on there, those are still a lot of good basketball games. If you replaced Sacred Heart and UMass-Lowell with, I don't know, Richmond, or Tulsa, or some other team in the RPI 50-100 range, would that change the perception of that many fans? I'd guess not, and bringing multiple basketball blue bloods to Columbus, along with the Big Ten slate, is neither realistic, or a good basketball decision.

If Ohio State fills out their schedule with four teams from the Ivy or SWAC, perhaps we can wring out hands a little nervously, but Ohio State has never really been held back by their schedule during the Matta era. The slate may seem a little top-heavy now, but unless you're absolutely certain of how the CAA or Horizon League will shape up here in July (and you aren't, so stop it), there is always a chance one of these squads will over-perform a little and help out Ohio State's RPI profile.

At the end of the day though, whether Ohio State meets their goals for next season will be determined in January, February and March, not against low major schools in late November. Whoever the Bucks end up facing early in the season, it probably isn't worth getting too worked up over.