Who could be the celebrity picker if GameDay visited a Big Ten school this fall?

College GameDay a tradition in the world of college football. What would be the ideal lineup for the Big Ten?

Share All sharing options for: Who could be the celebrity picker if GameDay visited a Big Ten school this fall?

ESPN's College GameDay. It's a tradition unlike any other, and has given us such magical moments as this, this, and this. Every week, the show sets up shop at one of the (anticipated) big games to discuss the events of the week and predict the outcome of what should be a major game. To make things interesting, they always bring on a special guest, typically a celebrity or sports figure that has some connection to one of the teams (anything ranging from "It's my alma mater" to "Hey, I live in that state, too!"). We don't yet know which games will be hosting GameDay for this upcoming season, meaning there's a chance that the Big Ten could be featured. Since there isn't a lot of Ohio State news happening right now, let's pass the time by engaging in some ridiculous speculation. If GameDay came to the Big Ten, who would best represent each school?

At first glance at an alumni list, the choice here seemed obvious. Chicago Bears legend Dick Butkus once wore the blue and orange. Who could be a better choice? I then took a closer look and discovered that actor Nick Offerman is an alumnus. Sorry, Dick, but even you aren't enough to out-man Ron Swanson.

I don't even need to look at a "notable people" list for this one. Bobby Knight is the man for the job. If anyone can keep Lee Corso and his showboating ways in check, it's the chair-throwing, silver-haired coaching legend that is Mr. Knight. True, this may be complicated a bit by the fact that Bobby Knight isn't a huge fan of IU at the moment, but maybe this could be the olive branch that finally ushers in peace between him and the Hoosiers again.

The Hawkeyes have plenty of options from the world of sports alumni, but when you have the opportunity to have journalistic legend Tom Brokaw on your show, you don't pass that up. So what if he dropped about before finishing a degree? The man could read the phonebook, and I'd listen to the whole thing. (Plus, this gives me an excuse to share this Dana Carvey gold.) Just imagine how sophisticated sports analysis would sound when spoken by him.

Big Ten newcomer Maryland is the alma mater of Jim Henson, the creator of the Muppets. While he sadly passed away in 1990, I can think of few things in life that would be greater than watching the Muppets on GameDay. Just think about it for a second. You'd have the regular chatter between the hosts with Kermit the Frog. There could be a song or two by Dr. Teeth and the Electric Mayhem. Fozzie could interrupt from time to time with lame sports jokes. ("I tried to buy a candy bar from a vending machine on campus, but it was broken, so now I'm trying to figure out how to get my quarter back. Ahhh, wocka wocka!") Scooter would run everything backstage, while Miss Piggy would interrupt with random drama. It'd be fantastic. This is Emmy-winning television, no doubt about it.

While it'll be hard to top Eminem's articulate performance on the program, there's really only one alum that I feel can truly represent everything that is the University of Michigan: Ann Coulter. Yes, the woman who calls evolution a bogus science, has been accused of anti-semitism, described herself as "a single-issue voter against amnesty [for undocumented immigrant]," and who very recently wrote a column in which she calls soccer un-American is the perfect fit for the mighty Wolverines. ("I promise you: No American whose great-grandfather was born here is watching soccer." That's a legitimate quote from her column, people. She actually said that.)

For Sparty, we're going to mix things up a bit. Not all of the show's guests have a direct connection to the university they are representing. Some are just from the same state, and some are just Billy Murray. For MSU's hypothetical visit by GameDay, we're going to bring in Mr. Terry Crews. Why, you ask? Because he'd be perfect, that's why. He's from Flint, MI, less than an hour from East Lansing. He played college and professional football, and is now a hilarious actor. (Seriously, if you aren't watching Brooklyn-99, you're missing out.) He'd be an excellent choice. Sorry, Magic. Maybe next time.

Geez, who could we get to represent the great state and school of Minnesota? Oh, I don't know, maybe Prince? That's right, the rock legend Prince is from Minneapolis. Just picture him, standing in an ethereal cloud of mysticism, bedazzled in the maroon and gold of the Golden Gophers, listening to Herbstreit talk about pass defense. Plus, many people say he makes great pancakes.

If we had access to a time machine, I would go back in time and bring Cornhusker alumnus Johnny Carson to the 2014 football season, because you will not find a better choice to represent Nebraska than Mr. Carson. Unfortunately, he is no longer with us. I can't even bring myself to go through the list of famous alumni on Wikipedia, because I know I'm not going to top Mr. Carson. I guess we'll have to settle for Larry the Cable Guy, who did not attend this land-grant institution but is from Pawnee City, NE. That could be entertaining, I guess. Not Johnny Carson entertaining, but still.

NU, like all the Big Ten schools, has many famous people to choose from that could represent the school. Anyone who was reading my work before it was cool, though, will recall that Stephen Colbert is a Northwestern graduate. If he's busy, we'll bring in Bill Swerski's Superfans.

How do we pick just one person to represent our fine university? It's a tough call. Do we go with a classic rep, like Archie Griffin or John Glenn? Do we mix things up and bring in Ohio native Dave Chappelle for laughs? Or do we just call LeBron? We'd probably just call LeBron. Assuming he doesn't have a cramp that day, he'd be all for it. (That joke and many others can be found in my currently unpublished collection Tressel Knew About It Months Ago, And Other Semi-Topical Sports Jokes. Reserve your copy today.)

We can all agree that times have been tough for the Nittany Lions recently. For this program more than any other in the conference, a GameDay appearance could be a very important moment. It'd be a chance to go out and further show the world that they are strong. The way I see it, there's only one person who can bring together the fan base again. One person whose name and image are synonymous with strength and integrity. One person who definitely never gets made fun of in the media and could be the catalyst that heals all wounds. 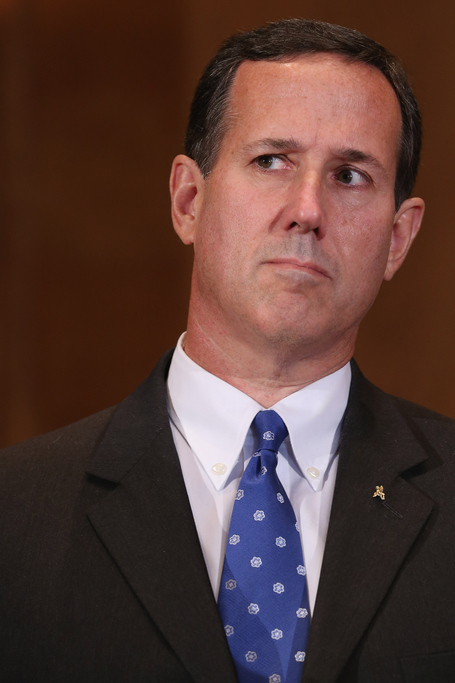 Let's be real here, Boilermakers. You went 1-11 last season and 0-8 in the conference. Your only win, which was only by six points, was against Indiana State, a school that I believe was created by the Make-A-Wish Foundation to give you guys hope in your abysmal season. You gave up 56 points to the Hoosiers. You're not going to be on GameDay. You don't need a notable alum. You need a grief counselor.

Here we have the little school from New Jersey that nobody is counting on to do much of anything. It's a rough life for the Scarlet Knights. They're down-and-out, fighting against all odds. Wait, am I describing the new member of the Big Ten or a Bruce Springsteen song? That's right, Rutgers is the embodiment of the soul of the Boss's music. You could not pick a better person to go on national television and talk about how rough it is being from Jersey. Plus, at some point you know Corso would try to make a running game/Born To Run joke that would flop. That'd be worth watching right there. If Bruce Springsteen is too busy being a rock legend that day, then we'll bring in NJ native and soccer god Tim Howard, goalkeeper for the USNMT, because—and I apologize in advance for how bad this joke is—if anyone can make the save for Rutgers this season, it's Howard. (Ugh, such a bad joke.)

At first, I thought the choice was obvious for the Badgers. You'd get the Grinch. Then I was reminded that, while the resemblance is striking, Bo Ryan is not the green, Christmas-stealing creature of lore, so that one doesn't work out. Then I saw the name "Boob Darling" on the list of NFL players from the school and snickered, because I'm a middle schooler and want to hear them say "boob" on TV, but Mr. Darling has passed away, so that doesn't work, either. So we'll go with Anders Holm of the Comedy Central show Workaholics. He was a student-athlete, too, so he's actually a pretty excellent choice.

What are your thoughts? Who do you think would be the best choice for the show? Cast your vote below. Can you think of a better choice for one of the schools? Make yourself heard down in the comments and engage in civil discussion with your internet peers.