All National Signing Day 2015 everything. Get the latest on Ohio State football's latest and greatest recruiting class.

I love you all. Merry Christmas and happy Hannukah to all.

And now I can got to class in peace.

As reported earlier, Mike Weber will sign with Ohio State.

they need to upgrade their potato

@russell.c Seems like he’s probably bluffing to me, but hard to say.

Mike Weber is “Still making up his mind”

I’ll miss you Big Beck! I’ll always remember and cherish what we could have had.

Terry Beckner has signed with Missouri.

so is Weber not announcing on that stream now? I am so confused

not sure who, this stream is confusing

someone in that stream already signed with OSU

Has Weber officially announced on the stream?

Well we kept our commits with Weber and Gibson, and added a few juicy pieces. Good day for me already!

I think with Alabi staying a Buckeye, Weber will keep with the Bucks as well 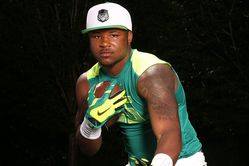 The four-star running back will sign his letter of intent with Ohio State.

@CTBuckeye No worries! We’ll keep you updated as it happens.

I’m not watching, I watched yesterday and he went to USC, so off the feed I stay. But anticipating the best

We’ve got the stream on our site ready for your viewing. We’ll also continue to provide updates. 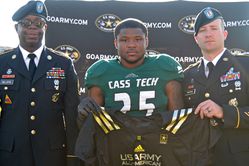 See if one of the top running backs in the 2015 class sticks with the Buckeyes or stays home to go to Michigan.

@russell.c Not really an indication of anything in my eyes. It’s typical that the times change on NSD. Very hectic, times are always subject to change.

Is that good or bad news

Looks like Weber is pushing back his announcement to 10:30 a.m.

Mike Weber remains. He should be announcing very soon and we’ll have the latest updates for you on that and beyond.

There’s Mark Pantoni confirming what we knew: Torrance Gibson is a Buckeye!

Congrats to @quick_tg6 on officially becoming a Buckeye

Does that bring us up to 27 recruits? And are we 100% sure Gibson signed his NLOI with us since it isn’t on Mark Pantoni’s feed? 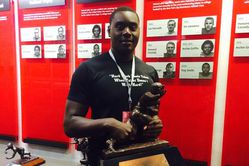 BOOOOOM! The Buckeyes add another top prospect to the Elite ’15.

Carlton Davis (who recently decommitted from Ohio State) has officially signed with Auburn. Wish him the best of luck.

@Dan Uggla’s Forearm Beckner is supposed to announce around 9:45. Down to Florida State or Missouri.

@James Mee It was, but I still think this year has been lightning quick.

@Ian Cuevas Last year was quick too if I remember correctly.

@James Mee It’s been a much faster process than in previous years, that’s for sure!

When is Beckner supposed to announce?

@James Mee Just Weber and Prince at this point.

Brandon Bowen is IN for Ohio State. Officially a Buckeye! 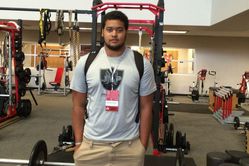 Offensive tackle Branden Bowen is the latest to sign his letter of intent to the Buckeye coaching staff.

So just waiting on Bowen, Gibson, Weber and Prince, correct?

I really like the little bit of tape I’ve seen on Landers— very quick and good hands. A few yrs with our strength and conditioning program and I think he might be special.

BOOM! Robert Landers adds his name to the list of official Buckeyes! 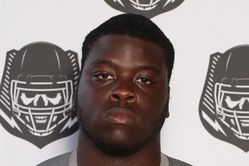 Robert Landers has signed his National Letter of Intent and is officially a member of the Ohio State football team.

@MidSouthMonster He is set to announce around 9:30, but we’ll have the update as soon as possible for you.

Do we know when Prince will announce?

@russell.c Things are really looking up for Weber right now. As for Prince, the Buckeyes are a popular pick.

I would be the happiest Buckeye ever if we could keep Weber and pull in Prince. (Also, dear recruiting gods, find it in your heart to send us Beckner Jr as well… a nut can dream).

Appears things are trending on the good side for Ohio State when it comes to Weber. Michigan signing RB Karan Higdon could play a huge role. 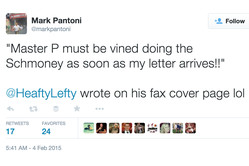 This is definitely like Christmas in February. I am really happy with the class so far. Maybe another surprise or two?

@russell.c It would be a tough loss, just because Weber is such a talented player. But Ohio State would still be fine. They’ve still got Elliott for (at least) one more year, Curtis Samuel is a soon-to-be star and Bri’onte Dunn is capable.

There it is! 5-star linebacker Justin Hilliard is officially a Buckeye! 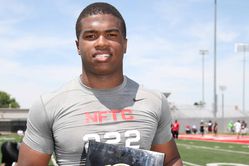 The Cincinnati, Ohio, native has signed and sent in his national letter of intent.

How big of a loss would this be for OSU? If we lose elliot to the draft next year is OSU just relying on Curtis Samuel after Elliot until we hopefully sign the top 2016 RB?

@russell.c We know Hilliard signed his LOI, but we haven’t received word on it being faxed in. It should show up soon enough. When it does, we’ll have the update for you.

@russell.c I was much more confident earlier this morning about Weber. Now I’m thinking it might be a 50-50 shot.

DaVon Hamilton is the next to send in his LOI and become an official Buckeye! 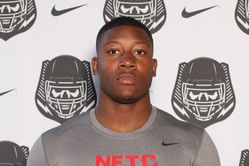 What are the odds that we keep Weber… also did hilliard send his LOI in? 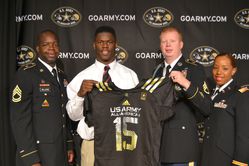 The Cleveland Benedictine linebacker has signed his letter of intent with Ohio State. 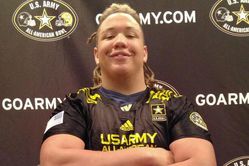 Burrell is the latest to sign his letter of intent with the Buckeyes.

Damon Arnette, just days after committing to Ohio State, makes it official with the Buckeyes! 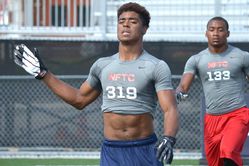 The latest to officially sign with the Buckeyes is CB Damon Arnette.

Ohio State passes another test. Torrance Gibson is a Buckeye. Big-time news for the Buckeyes. 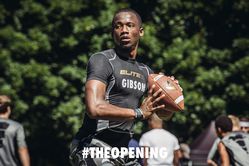 Despite plenty of controversy during his recruitment, Gibson has signed with Ohio State.

Really good signing for Ohio State. K.J. Hill should be a solid wide receiver for the Buckeyes. 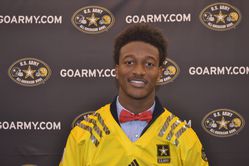 BOOOOM!!! The Buckeyes land one of the top play makers in the class of 2015.

@NathanKlein88 I believe so. I’ve had Missouri locked in as my prediction for Beckner for a while. I’d be mildly surprised to see him go anywhere else.

Is Mizzou a lock to get Terry Beckner Jr.?

Getting Alabi in makes me feel better about Weber. We’ll have a great class either way, but I love the way Weber runs. C’mon, 10:00 a.m.! 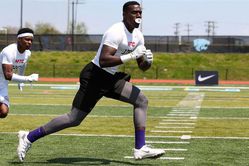 The latest player to fax his National Letter of Intent to the Buckeyes is Wide Receiver/Tight End A.J. Alexander. 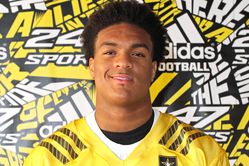 The latest prospect to fax his letter of intent to Ohio State is St. Ignatius standout Dre’Mont Jones. 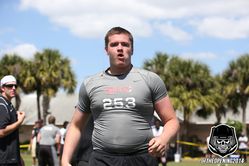 IMG Academy’s Mirko Jurkovic is officially a Buckeye as he has faxed in his NLOI.

Mike Weber is another potential hurdle. Lot of noise that he may not be signing with Buckeyes. For what it’s worth, I think he stays with OSU.

Hilliard and Burrell are on deck

The official announcement from four-star running back Mike Weber (Detroit, Michigan) will be coming around 10 a.m. today, according to The Michigan Insider.
Weber is still committed to Ohio State, but many believe that Michigan is a strong candidate for him to flip to today. We’ll see what happens.

@Luke Zimmermann That was definitely the first hurdle. Coming up to another one soon in Torrance Gibson as well.

Keeping Josh Alabi is a nice way to start. Will it influence Mike Weber’s decision?