Michigan's Facebook page was 'hacked'! Here's the best of it

Sometime over night, the Michigan football, basketball, and athletics Facebook page fell under the control of someone unaffiliated with the athletic department (is that you, F Society?).

As is customary in these cases, most of the third party links were intentionally provocative, some even teetering into not safe for work territory.

Whether this was designed as some massive phishing campaign, an effort to get cheap traffic, or more sinister yet, a way to get people tried of Jim Harbaugh's shtick to care about what's going in with the football program again, we may never know.

The athletic department has acknowledged the situation and at the time of publication, the offending pages have all been taken down by Facebook:

Fans of U-M Athletics: We want to acknowledge that our Facebook pages for Michigan Football, Basketball, and Athletics have been hacked.

Because you may have been making breakfast, commuting, or hell, recovering from a rocking Tuesday at Hendoc's, we're here to serve the public interest and preserve some of the more amusing spam posts that made their way to Michigan's Facebook pages:

The dude with the easier job than rebuilding Michigan's 5-7 football program: 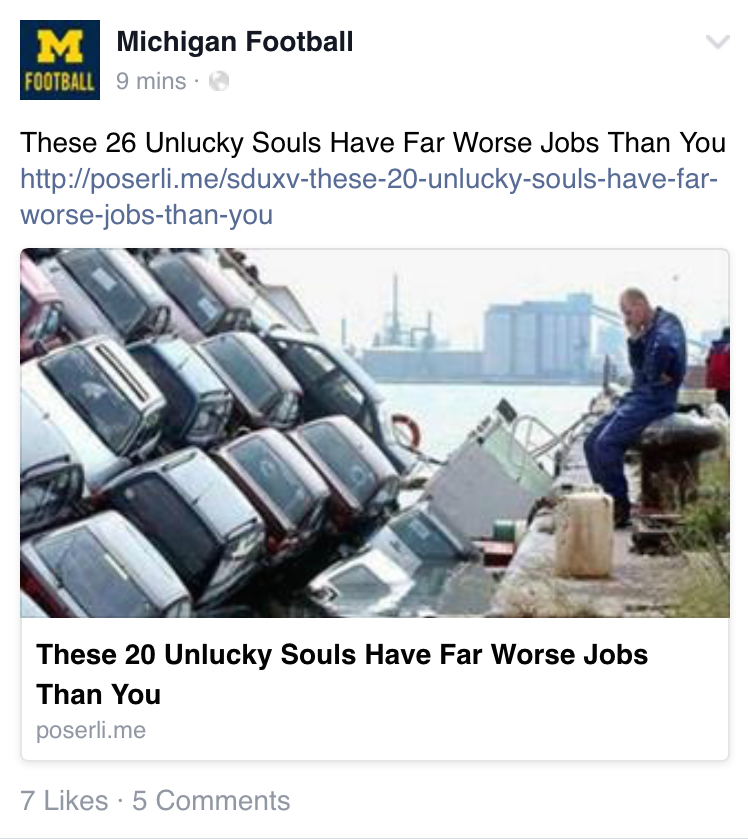 The harrowing truth about the Michigan team plane: 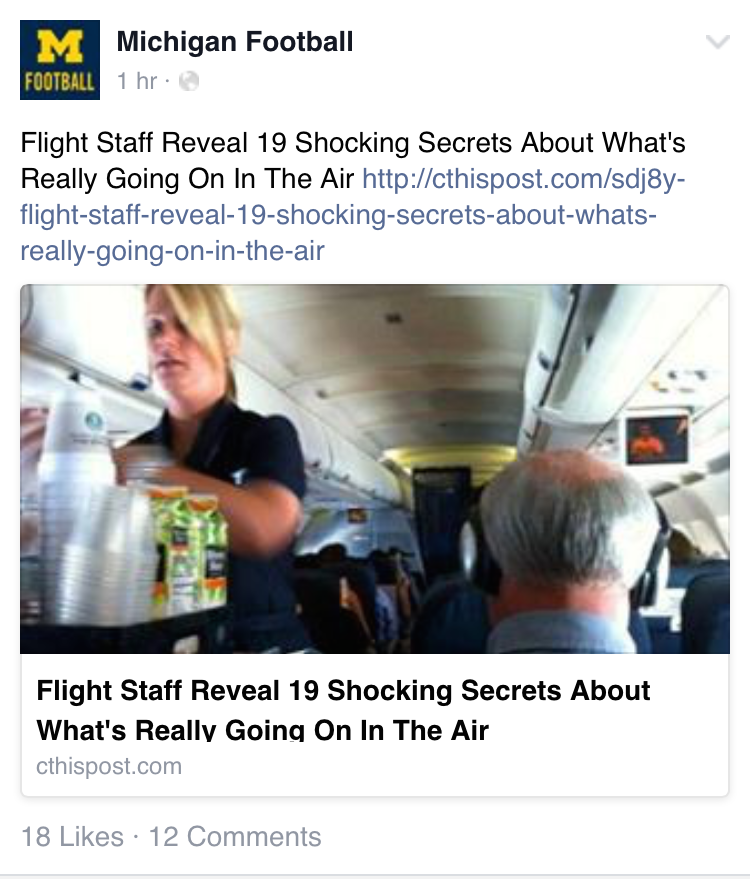 Why the blur gallery in Photoshop is forever a gift to comedy: 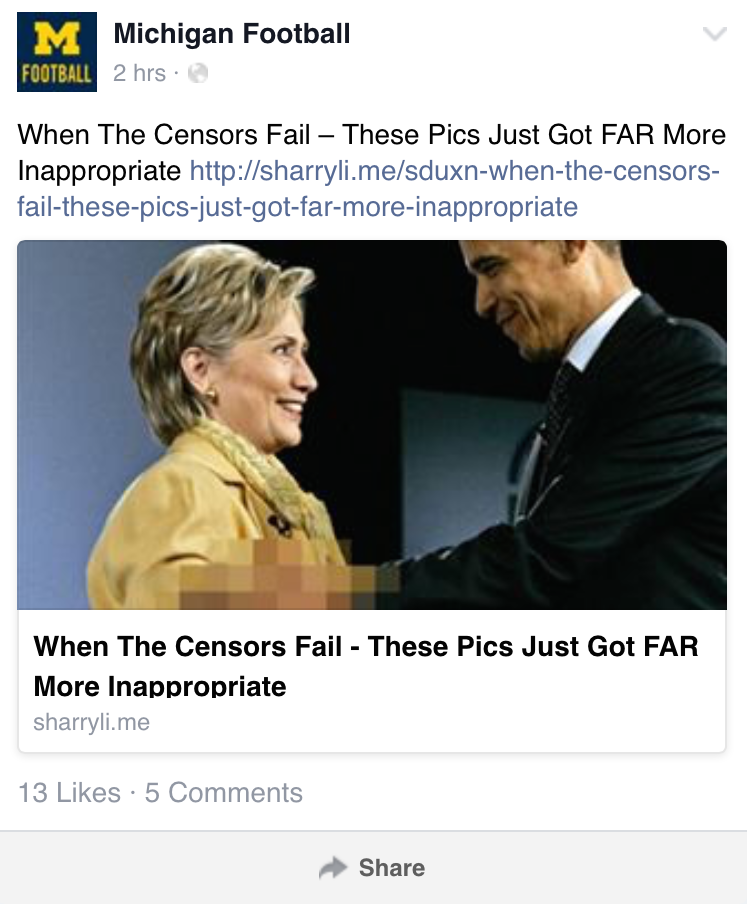 Brady Hoke teaches us about the rules of draw and stud poker: 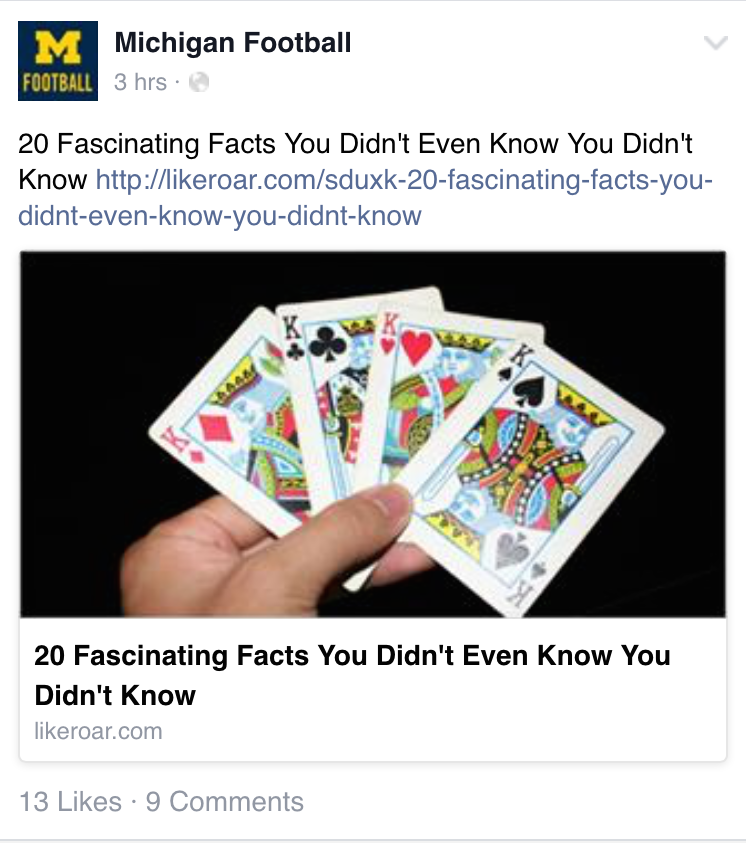 Likely the only place more desolate than the Michigan student section: 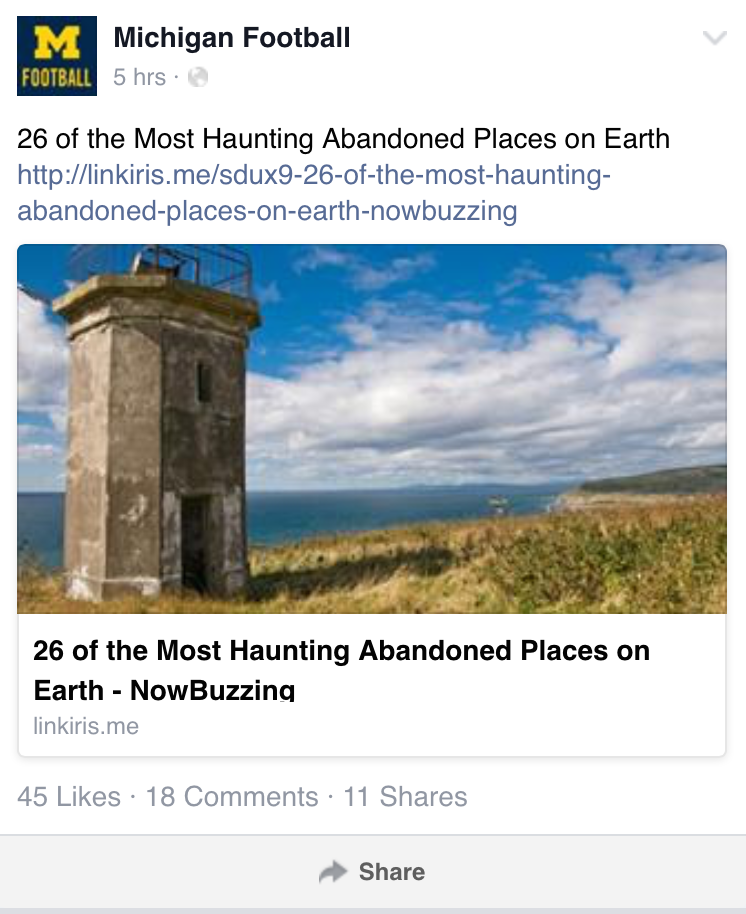 And perhaps most disgustingly of all (extremely NSFW): 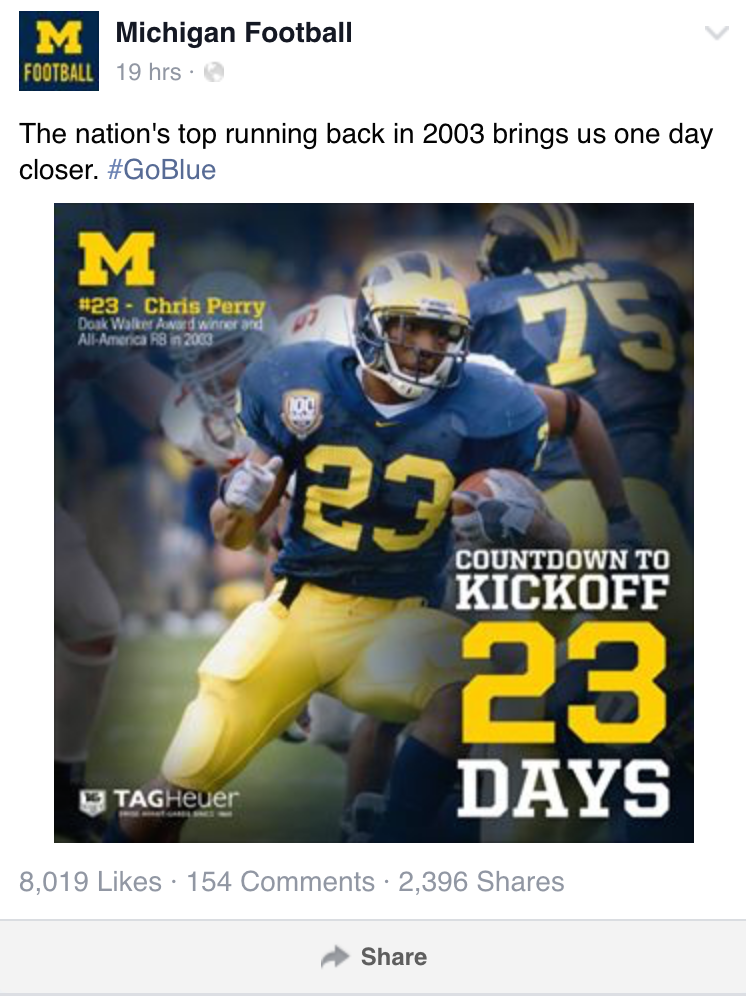