The Bosa era at Ohio State: By the numbers

The Buckeyes had Joey and Nick Bosa for an incredible 5.5 years.

Share All sharing options for: The Bosa era at Ohio State: By the numbers

For six (well, five and a half) glorious seasons, Ohio State football had the benefit of having a Bosa lining up on defense. That means Urban Meyer has had just one season in Columbus without either Joey Bosa or Nick Bosa to rely on to absolutely punish opposing quarterbacks.

Nick Bosa will not return to Ohio State this season, will withdraw from school

It wasn’t initially expected to become a legacy, but with Joey’s incredibly dominant seasons from 2013-15, his brother Nick was next in line, and committed to keep the family tradition at Ohio State intact! After all the Bosa brothers’ uncle is former Ohio State and NFL linebacker Eric Kumerow.

During his days in Columbus, Joey mentioned that Nick would end up being the better of the two brothers by the time that he was done, but among a really talented position group, and with nearly a season less to compete, the elder Bosa actually came out on top, at least statistically. 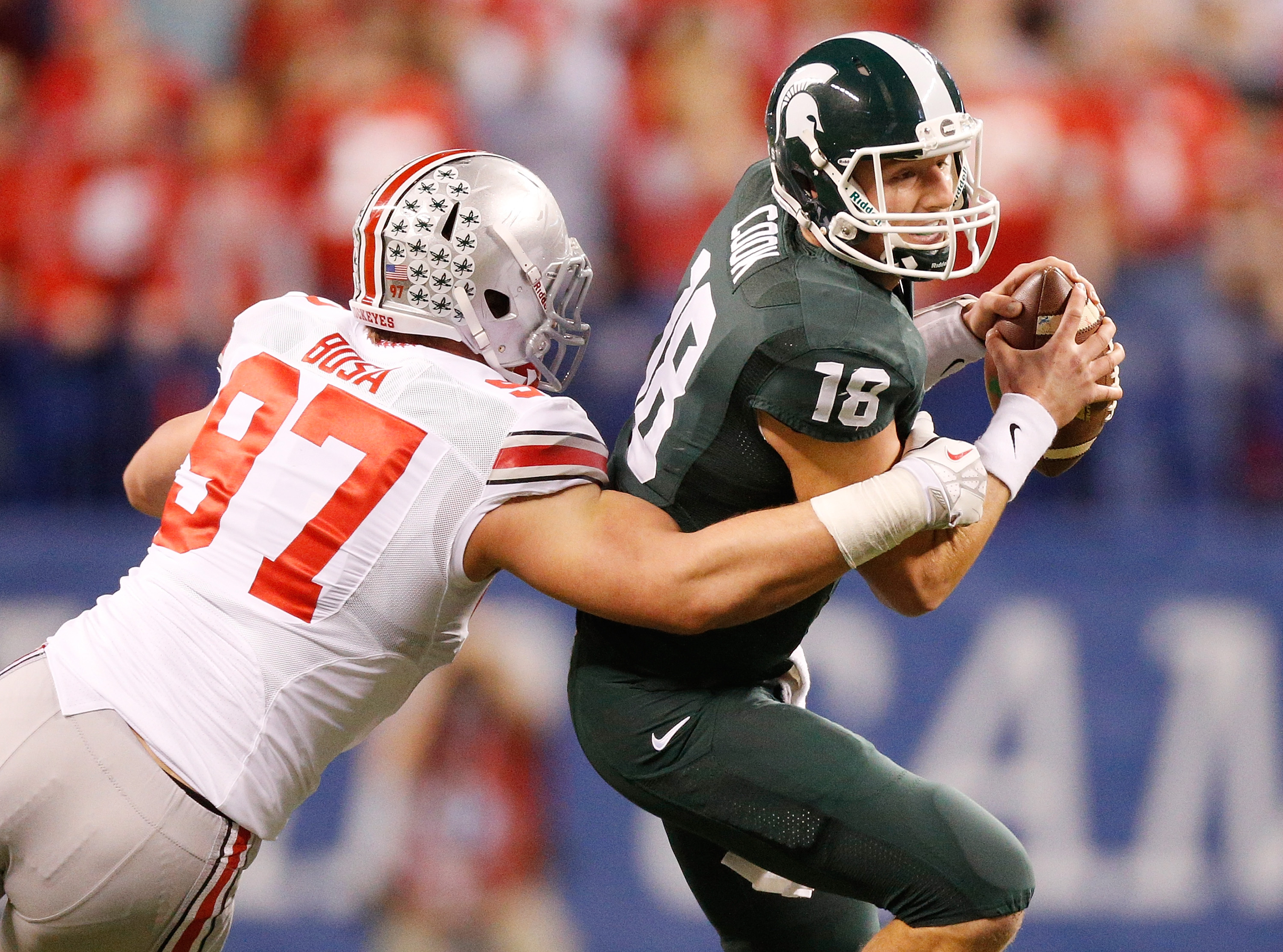 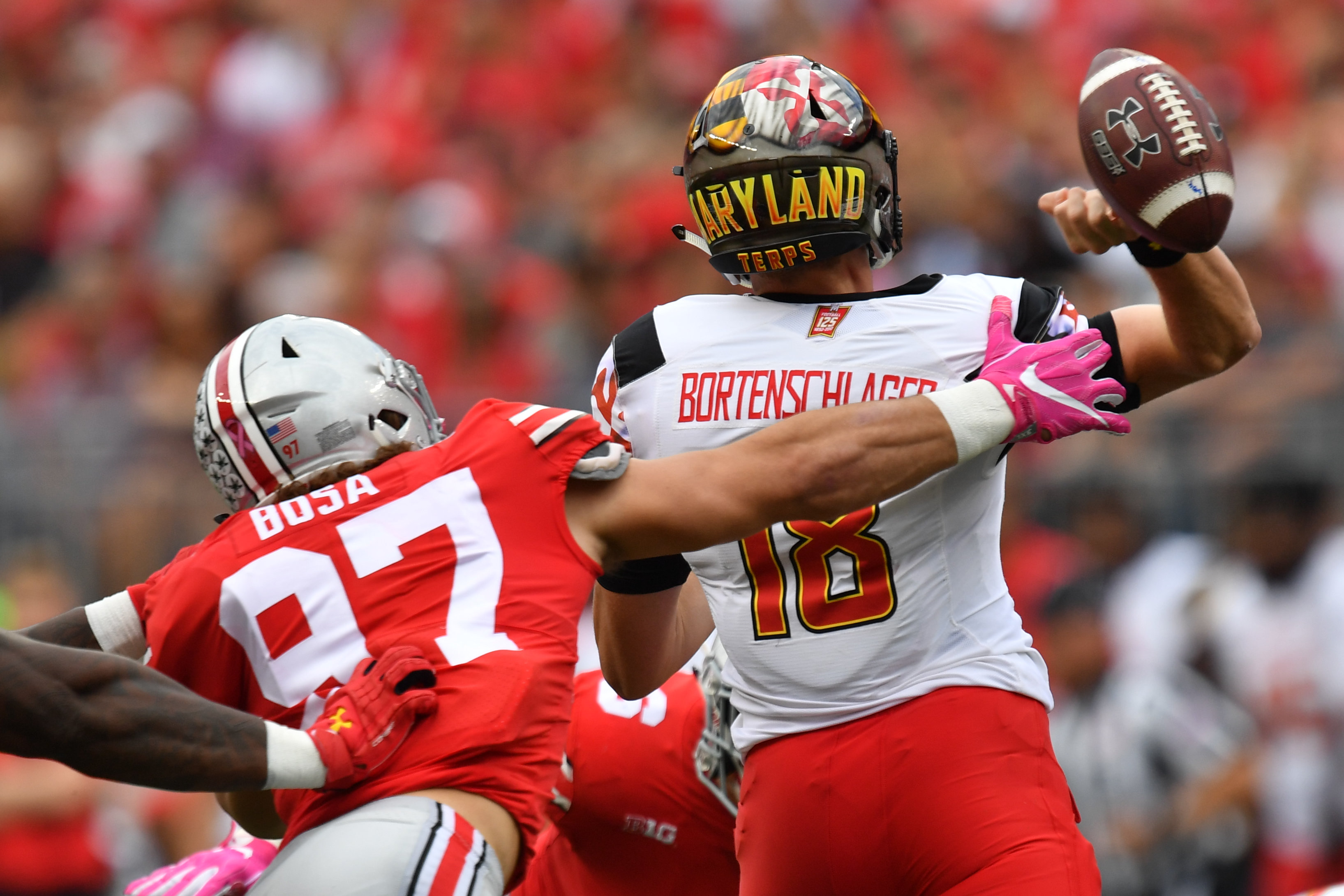 It sure didn’t seem like we got the full affect of what Nick was capable of, but the young Buckeye did suit up in 29 games — versus Joey’s 38. Combined, however, they are one of the most formidable families to come through Ohio State.

Here’s a look at the Bosa era by the numbers:

One of the most impressive things about both Bosa’s was their technique. They were very astute about their angle of attacks, hand placement, and were focused on each and every detail that went into preparing to be elite.

Even more impressive than Joey and Nick’s ability to put players on the ground, was their ability to push them back from the line of scrimmage, as well. Joey finished his Ohio State career with 51 tackles for loss, with Nick claiming 29 — these numbers are in line with their overall tackling production and number of snaps.

Speaking of their penchant for pushing through the line and making big stops, the two brothers were also the worst nightmares opposing quarterbacks. Joey and Nick combined for 43.5 sacks in their six combined seasons in Columbus, with the younger Bosa on track for a monster year in 2018 — in just three games, Nick had already nabbed 4.0 sacks before getting injured against TCU.

At that point you’re just grasping at straws, because both of those stats are build-your-defense-around good.

The fact that both brothers wore No. 97, makes the argument even stronger that Ohio State should just go ahead and retire the number altogether.

No matter which amazing recruits or up-and-coming talents ends up wearing No. 97, they will forever live in the shadows of the two Bosas to come before them.

Both Bosa’s earned a handful of honors during their time at Ohio State — although Nick is the only one to get props as a freshman, named an ESPN Freshman All-American in 2016 — including both being named First Team All-Big Ten, although to be fair, Joey earned the honor in both 2014 and 2015.

But, pretty much: ALL THE DEFENSIVE HONORS.