The good, the bad, and the Ohio State alumni of the 2018 WNBA season so far.

It may be the offseason for college sports and most men’s professional games, but the WNBA is in full swing and there are several former Ohio State players who are making a name for themselves on the court.

Over the past few seasons, interest and coverage in the WNBA has continued to grow, with a stellar Final Four event for women’s college ball earlier this year catapulting exciting women’s basketball to the mainstream. Two Buckeyes who played in this year’s NCAA Tournament went on to hear their names called at the 2018 WNBA Draft, and both Kelsey Mitchell (No. 2) and Stephanie Mavunga (No. 14) were picked by the Indiana Fever.

The 2018 WNBA season got underway on May 18, and now, over halfway through the season and with only 15 games left to play, the playoffs are quickly approaching on August 21.

Two of the four Buckeyes in the WNBA have pretty solid chances of making a postseason run with the Washington Mystics ranked No. 3 (12-7) and L.A. Sparks No. 4 (12-8) in the league. The Fever currently sit in last place (2-17) with a much larger hill to climb to see the playoffs. 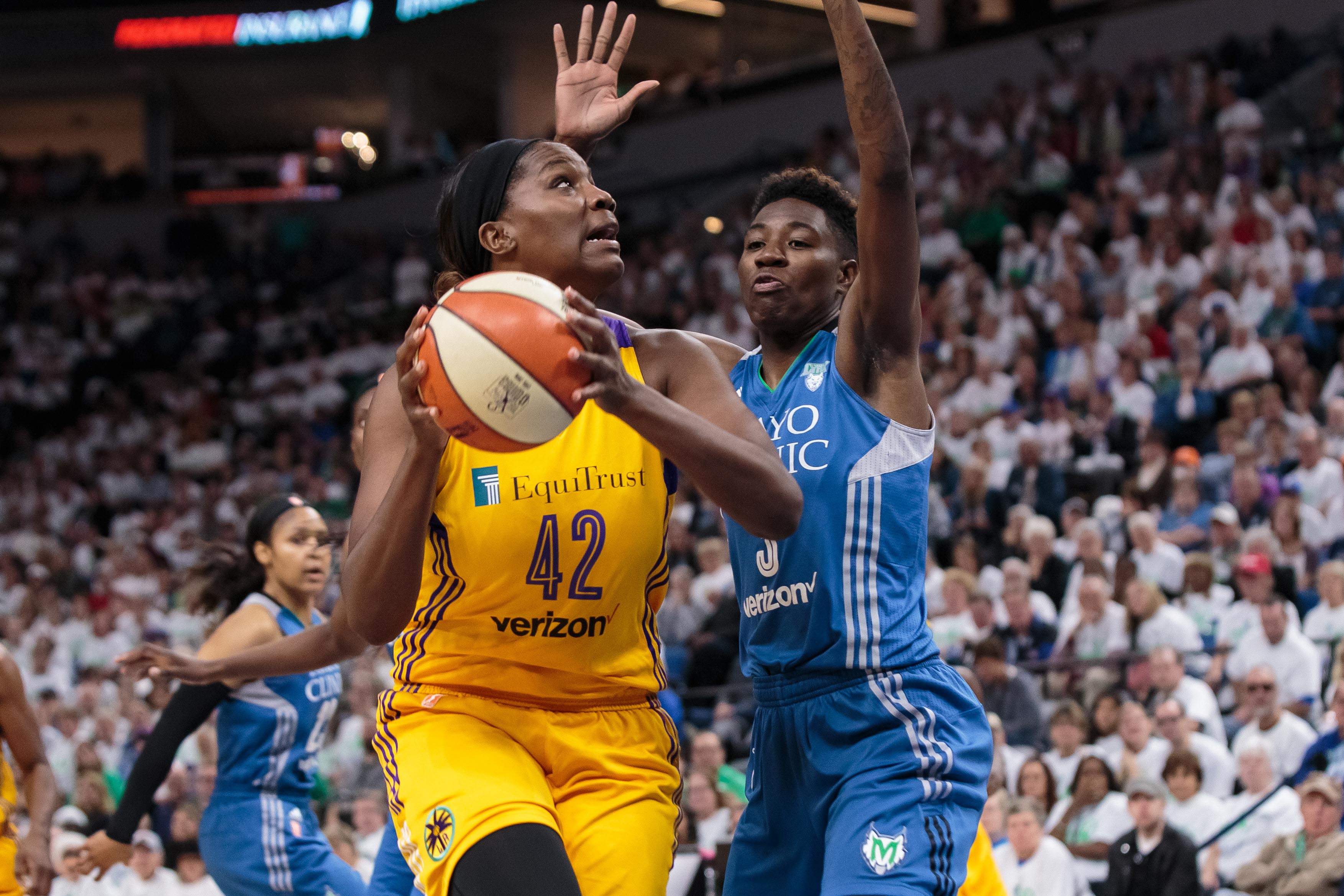 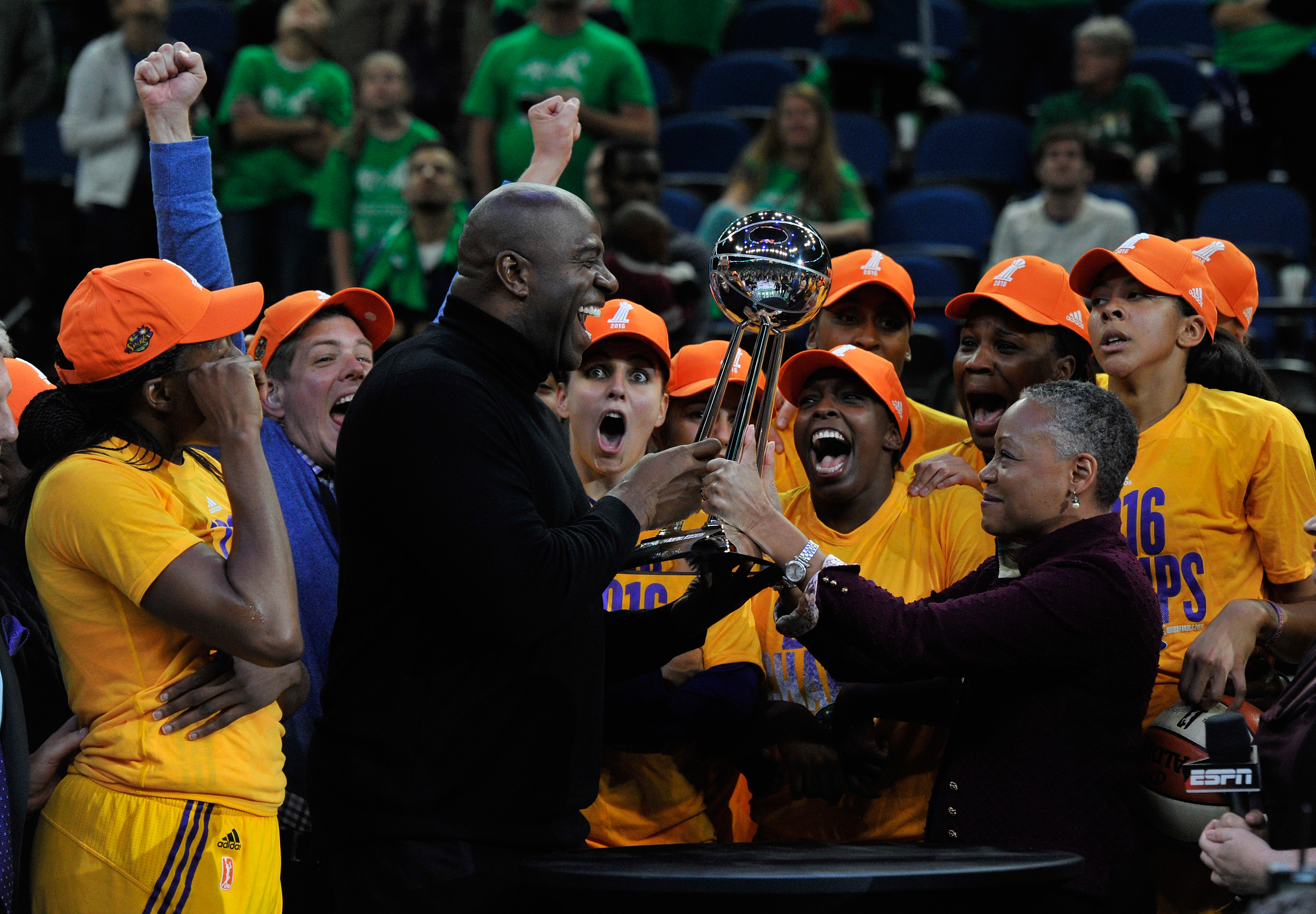 If you don’t know the name Jantel Lavender as a Buckeye, you could use a bit of a history lesson.

Before there was Kelsey Mitchell at Ohio State, there was Lavender; the only player male or female to be named Big Ten Conference Player of the Year four straight seasons. She held dozens of school, conference, and NCAA records, and went on to be the No. 5 overall pick in the 2011 WNBA Draft by the Sparks.

(Seriously, you should look up all of her achievements. She’s one of the best Buckeye athletes in school history.)

Now in her eighth season in the league, Lavender was an All-Star selection in 2015 and was named the 2016 WNBA Sixth Woman of the Year — the same year the Sparks won the WNBA Finals.

Lavender spent the time between the 2017 and 2018 seasons playing for Yakin Dogu Universitesi in the Euroleague. Her team’s run in the Turkish League Finals delayed her return to the Sparks lineup until June 3, but she wasted no time getting back on the court and has seen playing time in all 16 games since — and is still averaging 17.3 minutes per game.

One of only a few Buckeye first-round picks, Hill is in her sixth year in the league after being taken No. 4 overall in the 2013 WNBA Draft by the Mystics. After tearing her ACL at the end of the 2017 season, Hill wound up missing the 2018 season opener, and didn’t take the court until the June 19 matchup against the Sky — in which she marked six points.

Since she returned from the knee injury, she’s seen playing time in eight games but is only averaging 8.4 minutes per outing. Her shooting seems to have taken a bit of a dip in her return, with the guard hitting 8-of-26 (30.8%) field goals attempts, 4-of-13 (30.8%) 3-point attempts, with five total rebounds and eight assists.

After ending her Ohio State career holding dozens of school, Big Ten conference, and NCAA records, Mitchell was the No. 2 overall pick by the Indiana Fever in the 2018 WNBA Draft. The 3-point maven was expected to make an impact early on, and she did not disappoint.

It took all of three games for her to crack the starting lineup with her energetic and aggressive approach. Over the course of her first eight starts, Mitchell averaged 19 points per game, shooting 41 percent from the field. In the games that followed, her shooting percent dropped to 27.5 with a 9.6 points per game average.

While some of that drop could be attributed to some kind of rookie wall, WNBA Insidr explores the possibility that opposing defenses are learning how to better stop Mitchell than they did in those first eight games.

“Opposing defenses are figuring out how to attack her by closing down the space in the half court. Teams are making it more difficult for her to find daylight and get her shot up off the dribble, which is something that she loves to do.”

Even with her drop in numbers over the past few games, Mitchell still claims 273 points thus far this season, and is averaging 28.1 minutes per game. She’s also nabbed 48 assists, 34 rebounds and 15 steals. So even if she is in some kind of shooting slump, her slump is still better than most people’s best.

The Buckeye should find herself among the best players in the WNBA before too long.

Being drafted by the Fever was the perfect situation for Mavunga, who not only followed teammate Kelsey Mitchell one state to the West, but also joined her sister-in-law, Jeanette Pohlen-Mavunga — who was later waived just before the season started —, as a member of the team. Mavunga grew up 30 miles away from the Fever’s stadium, and being drafted by Indiana brought her back home.

The Buckeyes’ rookie season has been a bit of a roller coaster. She’s seen playing time in 12 contests, but suffered a left ankle injury in mid-June that led to several missed opportunities to take the court. She’s only played in two games since the injury and has only logged 11 total minutes in those tilts.

Despite not having put up points since early-June, Mavunga’s rookie stat line includes 36 points having gone 15-of-26 for a 57.7 field goal percentage. She’s also nabbed 33 total rebounds, six blocks and five steals. With her extended absence — and the team going 2-17 — Mavunga could end up as more of a depth option for the team moving forward, but could always earn a spot higher up in the rotation with a solid end of 2018 and offseason.