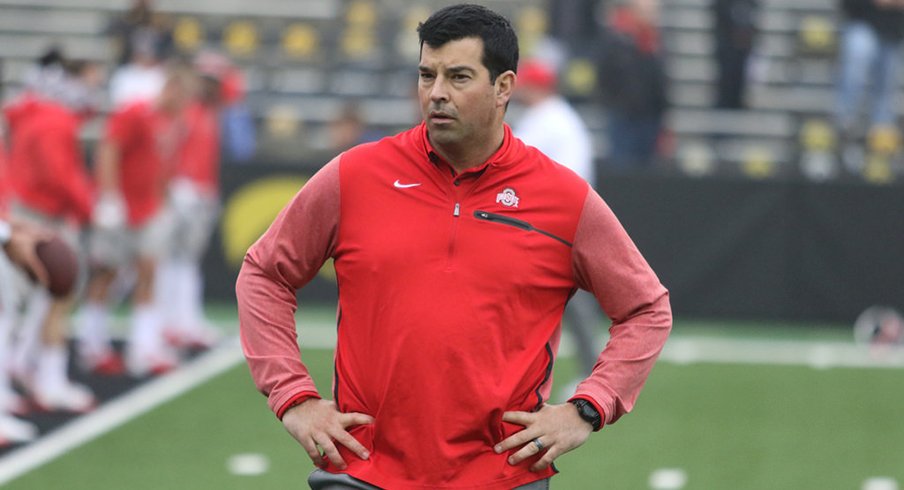 A new era is upon us. Whether you are excited, anxious, optimistic or even scared (relaxxxxxx), the next few years of Buckeye football will be interesting. I am a huge Ryan Day fan...as a coach. When Urban announced he was stepping down, I, like so many others, was upset but not shocked. The whole Zach Smith thing really dented the program and himself, so I was expecting Urban would be leaving in the near future. When they announced that Ryan Day would be taking over the head coaching position, I was elated. We all got to witness first hand what Ryan Day was capable of with his play-calling with the first 3 games of the year. The 2nd half comeback against TCU (okay, so maybe they weren't as good as we all thought) was awesome. The offense was incredible all season. Ryan Day's offense made Jim Harbaugh's Michigan team, who was ranked #4 at the time, look like a peewee flag football team.

So why would anybody be nervous? The only thing I'm worried about is recruiting. Can Ryan Day pitch Ohio State football to future studs the way Urban did? According to 247, next year's class is currently sitting in 14th place, 3rd in the Big Ten. Ohio State is currently trailing Michigan and Penn State for next season. And 14th overall, being behind Tennessee. (Wait, what?) Although it is way too early to evaluate, 2020 and 2021 look bright, as OSU ranks in the top 5 in each.

One positive we can look at is that this year's 2019 class, that ranks behind Michigan and Penn State, was mostly recruited by Meyer. As surprising as that is, this makes me feel a lot better about Day's recruiting plan. It seems to be working so far, and with incoming transfer Justin Fields as the new starting QB for this season, the future looks bright as always.

Another flawed stat for next year's class: the numbers. The reason for being ranked 3rd in the Big Ten? Ohio State only has 17 commits, compared to 26 and 23 for Michigan and Penn State. And Ohio State has 3 five-star recruits, that's equal with PSU and UM compared. Zach Harrison, Garrett Wilson and Harry Miller will be looking to etch their names among Buckeye greats within the next couple years.

It is officially Ryan Day's time in Columbus. After learning from one of the greatest coaches this sport has ever seen, it's apparent Day is ready to be THE guy. I am extremely excited for where this program will go within the first few years under Coach Day, as all Buckeye fans should be. And don't let the recruiting rankings fool you, Ohio State is still king in the north.