Major League pitcher supports use of padded hats in youth baseball, television station threatened by religious group for portrayal of Jesus in a soccer jersey, and much more.

Tampa Bay Rays pitcher Alex Cobb recently announced that he will be endorsing padded baseball caps, in hopes that kids who idolize baseball players will follow his lead and protect themselves from the possibility of a brain injury caused by a line drive to the head. Almost a year ago to the day, Cobb had a firsthand experience with a comeback liner that struck him on his right ear. Sidelined for almost two months with a concussion and lingering symptoms, Cobb said that the experience opened an avenue for him to help improve player safety at all levels.

The 26-year-old Cobb notes that when he was young, he was drawn to products that Major Leaguers were endorsing. "I understand the effect that I have on kids and other people, so I feel like it's my responsibility to deliver something I truly believe in."

While he knows that it will be difficult to convince other professional baseball players to wear the bulky cap, Cobb has focused his attention on safety at the youth level, noting that children can become accustomed to inserts in their hats because they know no differently.

As noted in Monday's Uniform Assessment, every Major League Baseball team will be outfitted in red, white, and blue caps when they take the field on July 4th. Originally a gesture of patriotism, and now an effort to sell more merchandise, Major League Baseball and New Era created a series of flag-themed hats to be worn every Independence Day.

I received a sneak peak of the hats, detailing that every American League team will be wearing a red cap with a blue bill, while each National League team will don a blue cap with a red bill. I also noted that the hats will feature an American flag inside of a slanted star with a white team logo place on top of it. My claims were confirmed by Major League Baseball and New Era on Tuesday afternoon, as they officially unveiled this year's Stars & Stripes line of caps.

Celebrate the red, white and blue with the Fourth of July Stars & Stripes collection, dropping this Friday. pic.twitter.com/imc2MK8f3w

The Pittsburgh Pirates and Chicago Cubs were decked out in camouflage caps and uniforms on Tuesday as part of Military Appreciation Night at PNC Park. The look, which was unveiled league-wide for Memorial Day, has received mixed reviews and is considered by many to be a cash grab by the league. 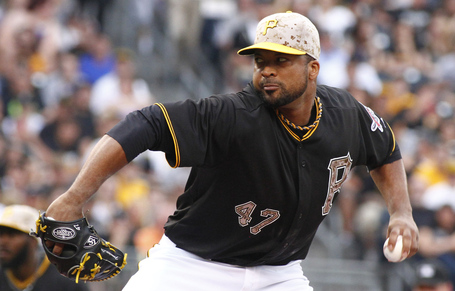 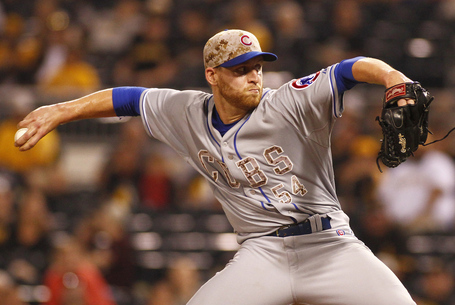 Another controversial subject, the Catholic Archdiocese of Brazil is threatening to sue Italian broadcasting company Rai for $5.4 million after it televised a commercial showing Rio de Janeiro's famous statue, Christ the Redeemer, wearing an Italian soccer jersey. The advertisement shows children playing soccer while wearing the uniform of the Italian national team and ends with an altered image of the statue dressed in the same garb. In response, the company has pulled the commercial, but you can still view it below.

Premier League champion Celtic Football Club released a new away kit on Tuesday afternoon, which celebrates its 126-year history and Scottish roots. The shirt features gold and green horizontal and vertical lines to replicate a Celtic tartan, also intersecting at the club's crest on the left chest to symbolize the Celtic cross.

A commercial produced by Native Americans aired on Tuesday night during the Game 3 of the NBA Finals, urging the NFL's Washington Redskins to change their name. Paid for by the Yocha Dehe Wintun Nation, "Proud To Be" highlights the many tribes that construct the Native American community, as well as their effects on the sports world.

The commercial closes with a powerful statement: "Native Americans call themselves many things. One thing they don't..." as a Redskins helmet appears.

In lighter news, the Denver Broncos received their AFC Championship rings on Monday afternoon. Despite falling to the Seahawks in Super Bowl XLVIII, the Broncos are among the favorites to return to the big game this coming season.

#Broncos got their AFC Championship rings Monday while hard at work for different ring in '14: http://t.co/3RA0UffZPV pic.twitter.com/SzwPIgtEPz

With only a few months left until the college football season, construction on Ohio Stadium will likely go down to the last minute. Ohio State head coach Urban Meyer tweeted a picture of the progress of the renovations on Tuesday afternoon, where crews continue to work on the 2,522 additional seats to be added to the south endzone.

Continuing with stadium renovations, Washington State will replace their current turf and install a unique design in the process. The Cougars will become the second team in college football to use a different design in each endzone, LSU being the other, with one crimson and the other shifting from gray to anthracite. The yard marks will also mimic the numerical font used on Wazzu's uniforms.

We believe this to be a leaked image of WSU's new turf design. What do you think? http://t.co/YuiqRtuyMe pic.twitter.com/LICTcJC1cX

As always, if you have a uniform or logo tip, shoot an email to uniformnation@landgrantholyland.com or tweet us at @SBNUniforms.