The Phillies wore throwback uniforms on two occasions this weekend, celebrating Retro Night on Friday and marking the 50th anniversary of Jim Bunning's perfect game on Father's Day. The replica 1964 uniforms did not look all that different from the team's current pinstriped look, but used a different stylized "P" on the cap. 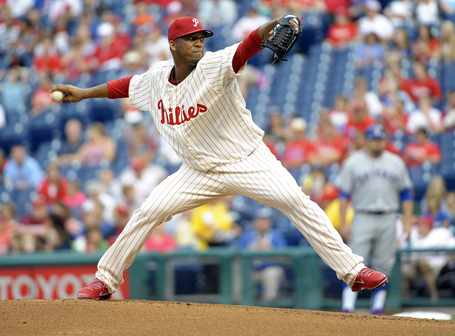 Meanwhile, as they are all season as part of Wrigley Field's 100th anniversary celebration, the Cubs also wore throwback uniforms in Friday's contest. 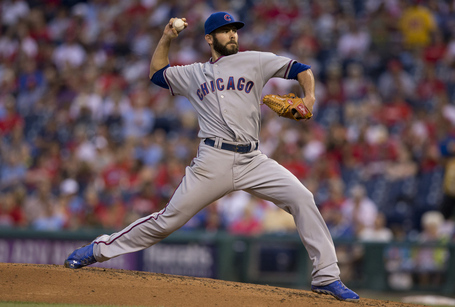 The Atlanta Braves wore their Military Appreciation uniforms on Friday night against the Angels. The alternate look, although not to be confused with the rumored Stars and Stripes uniforms, was a salute to the US Army's 239th birthday. 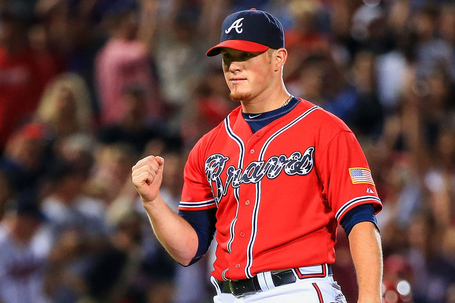 On Father's Day, select teams wore a light blue ribbon on their uniforms, while many players used light blue batting gloves or accessories as tribute to their fathers.

The Birmingham Barons, Double affiliate of the Chicago White Sox, wore throwback uniforms on Saturday night. The 1994 uniforms, while not all that different from the team's current look, were a nod to Michael Jordan's stint with the club. Jordan, as we all know, quit basketball in his prime to struggle in the minors for a single season.

The Barons rocking their Jordan Era uniforms during the national anthem. pic.twitter.com/eoQRCpqNKO

The New Britain Rock Cats, Double A affiliate of the Minnesota Twins, wore the same throwback uniform as the big league club did just weeks ago, if for no other reason than that the light blue uniforms commemorate Father's Day. The uniforms were paired with the Stars and Stripes cap, which will be worn throughout the major and minor leagues on Independence Day.

The Lancaster JetHawks, Class A affiliate of the Houston Astros, wore Stormtrooper uniforms as part of Star Wars night on Friday and Saturday. While many minor league clubs have tried their hand at Star Wars related uniforms, this is the first I've seen that is not R2D2 or Chewbacca.

Star Wars Weekend this weekend at The Hangar! Check out our on-field stormtroopers jerseys pic.twitter.com/03cTS2I0sQ

In the College World Series for the second time in school history, UC Irvine wore special Adidas uniforms to mark the occasion. The jerseys, which feature a faded logo across the chest, were worn in the Anteaters' 3-1 victory over the Texas Longhorns, inching 74-year-old coach Mike Gillespie closer to his second national championship. 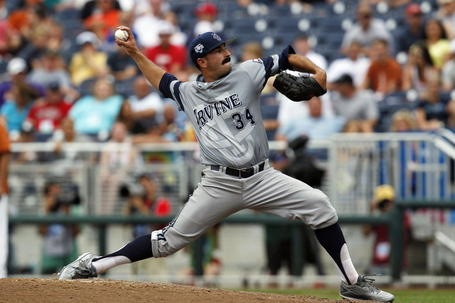 FIFA prevented Australia from playing in its traditional green shorts for the Socceroos first match of the World Cup. FIFA ruled that the green shorts would be clash with the blue shorts worn by Chile, who was designated the home side for the match. The team will play in their traditional look for their next two matches, as the kit does not clash with the Netherlands or Spain. 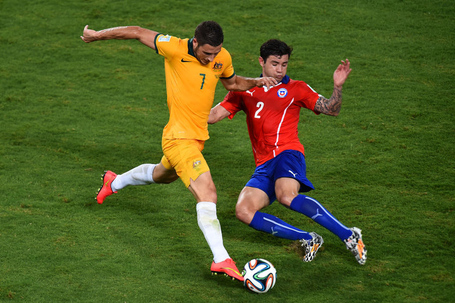 Speaking of, FIFA's rules had quite the effect on Friday's matchup between the Netherlands and Spain. Since Spain was listed as the home side, they had the first choice in kit. After Spain selected its red kit, Holland hat to switch to blue because its orange kit would clash. The simple answer would have been for Spain to wear its alternate kit, but the all-black would have also clashed with Netherland's all-blue. After all this, Spain had to submit an alternate all-white design, leading to the uniform matchup below. 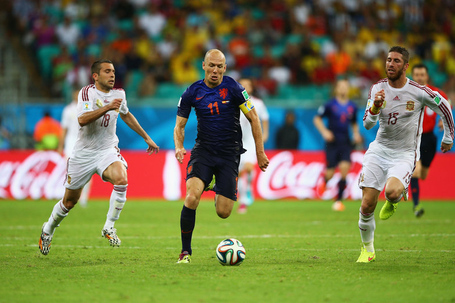 The Arena Football League unveiled the logo for Arena Bowl XXVII on Saturday afternoon. After a two-year stint at a neutral site, the game will return to the home of the team with the higher remaining seed. The two-time defending champion Arizona Rattlers are the favorites to host this year's big game.

The AFL's Pittsburgh Power have requested league approval to wear a patch on their uniforms to honor the late Chuck Noll. The former Pittsburgh Steelers head coach passed away on Friday at the age of 82.