The Miami Marlins may have unveiled an alternate uniform on Saturday, while the Yankees wore a hashtag on their hats in Sundays game.

On Friday night, San Diego Padres pitcher Alex Torres became the first major league pitcher to wear the protective cap in a game. The relief pitcher, who was traded from Tampa Bay in the offseason, came into a game after then-teammate Alex Cobb was struck in the head by a line drive. Torres told CNN on Sunday that is the reason he is wearing the protective lid. "That really left an impression on me, how his head sounded from the bullpen. That was really bad. I was shaking. I'm just glad he's alive." 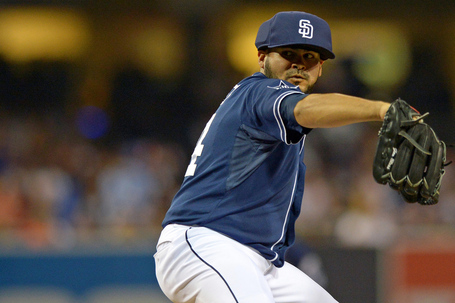 The Rays and Houston Astros turned the clock back to 1970, sort of, when the teams wore throwback uniforms on Saturday. The Rays donned a hypothetical design, as if they were around back then, while the Astros broke out their infamous "Tequilla Sunrise" uniforms for the second time this season. Friend of the Uniform Nation, Uni-Watch, broke down the Rays look, noting how similar it was to the Padres uniforms in the '70s. 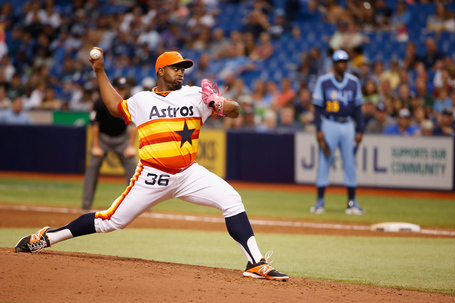 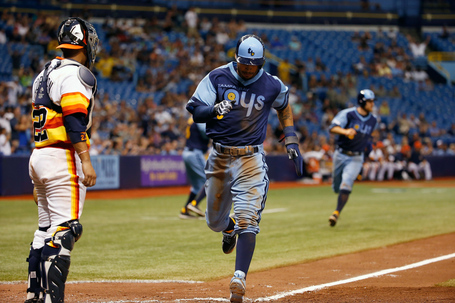 For the first time since unveiling them before the 2012 season, the Baltimore Orioles wore their orange alternate jerseys on the road. Usually reserved for Saturday home games, manager Buck Showalter was unsure why the team was rocking the look. My guess was that the O's equipment staff wanted the team to wear orange because New York hosting Syracuse Day at Yankee Stadium, meaning many fans would be decked out in the same color. 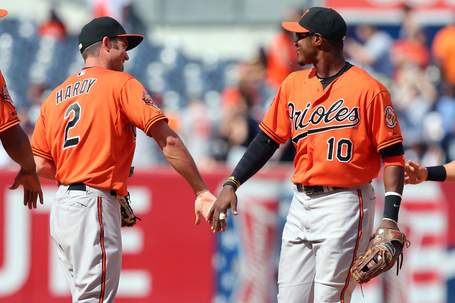 The Marlins, who most recognizable colors are also orange and black, downgraded their scheme when relocating to their new stadium, but may have accidentally unveiled a new alternate uniform this past weekend. When Boys II Men threw out the first pitch before Saturday's game, the R&B group was wearing light blue personalized jerseys.

We broke out the special jerseys for @BoyzIIMen today! pic.twitter.com/Ka4QuuAvzC

Continuing Wrigley Field's 100th anniversary celebration, the Cubs and Pirates donned replicas of their 1953 squads on Sunday afternoon. The Cubs only have four more Sunday afternoon alternates remaining as part of the celebration. 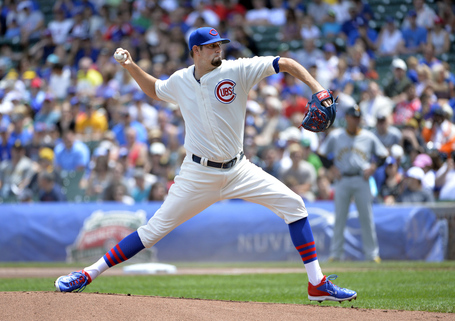 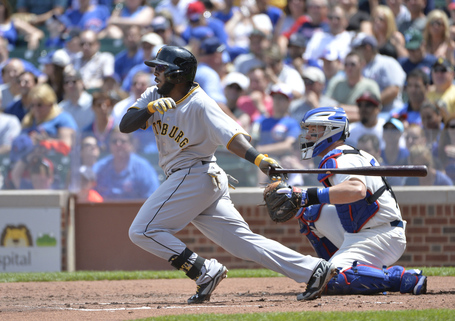 In Sunday's matchup with the Orioles, the Yankees honored past players on Old-Timers Day. The team wore their batting practice caps prior to the the game, which featured patch on the side and the hashtag #OldTimersDay on the back. 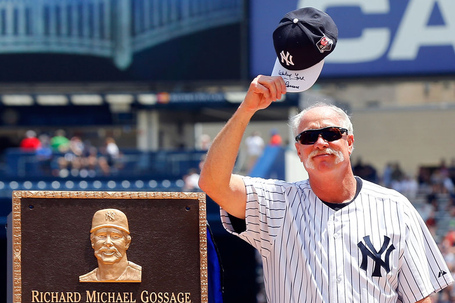 The Reds wore their Military Appreciation camo jerseys for the second time this season on Saturday afternoon. The look, which made its on-field debut earlier this month, allows the Reds to join the Padres and New York Mets as the only teams in the majors to sport a camouflaged alternate. 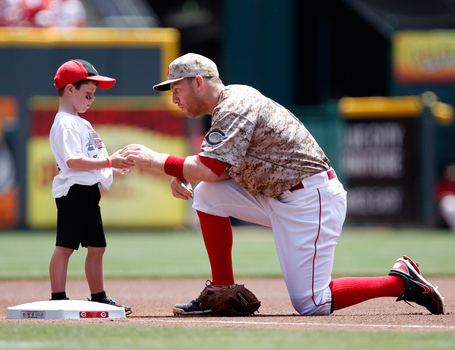